Roth Conversions are Less Taxing Thanks to Tax Reform

Roth conversions are as historically cheaper for many individuals and opportunistically beneficial as they have ever been thanks to the 2017 Tax Cuts and Jobs Act. The tax changes lowered tax rates, increased the standard deduction, and, most importantly, expanded tax brackets.

This is a big deal as many Americans have most of their retirement savings locked up in a 401k or IRA. These tax-deferred savings, however, may come with a hefty tax bill once you start taking distributions which starts no later than age 70.5 when you are forced to start Required Minimum Distributions (RMDs).   This potential tax explosion is a tax headache for many, but fear not, a Roth conversion could help soften the blow.

As you can see below, tax rates on ordinary income decreased for all brackets (except the 10% bracket) and the amount of income subject to those rates increased meaningfully (except for the 10% and 12% brackets).

For both single and married filers, this means new opportunities exist to realize income and potentially pay less tax. For married couples who were in the 25% tax bracket in 2017, your tax rate decreased to 22%, and the bracket expanded $12,000 for income up to $165,000. That means that you can realize an additional $12,000 at the lower 22% rate. Sounds like a good deal, right? The tax savings doesn’t end there. One of the biggest opportunities is the change to the new 24% tax bracket, which applies to income up to $315,000. A married couple in 2017 who was okay with paying tax at 25% could now potentially fill up the new lower 24% tax bracket by realizing an additional $150,000 of income.

The same opportunity exists for single filers.  A single tax filer who in 2017 was comfortable paying tax at 25% could now potentially fill up the new lower 24% tax bracket by realizing an additional $65,500 of income.

This potential to realize significant amounts of income at lower tax rates could help many retirees better that income?

Roth Conversions:  How Sweet Thou Art!

A Roth conversion can mitigate the tax liability embedded in your retirement savings by turning your retirement accounts from future tax-deferred into tax-advantaged savings. When completing a Roth conversion, you transfer money from a traditional IRA to a Roth IRA and pay income tax on the amount converted. Yes, paying the tax stinks, but the future growth in the Roth IRA will continue tax-advantaged in that same year, provided you meet the requirements of holding the account for five years, and being at least age 59 1/2 (otherwise, taxes/penalties may apply on earnings withdrawn). If you need to access the funds, this can generally be accomplished without having to pay any tax. Additionally, there are no Required Minimum Distributions (RMDs) on Roth IRAs.

Please note that there are a smorgasbord of technical rules on executing a conversion and distributions, so it’s highly recommended to work with a financial professional to make sure you get it right.

One important note is that while the tax reform bill made Roth conversions a sweeter deal for many of us, it also took away the option to recharacterize (or undo) a Roth conversion, so you’re stuck with your decision once the paperwork is signed. That means you should be entirely sure in your decision before you make a Roth conversion to avoid jumping into a higher tax bracket due to unexpected income.

Given that most taxpayers now have additional tax bracket capacitywould filling it up with a Roth conversion be appropriate for you? Let's take a look at an example. In 2017, Laurie and Chris, both 65, were in the 25% tax bracket and anticipated that their RMD at age 70.5, would push them into the 33% tax bracket. In this case, they decided and were comfortable filling up the 25% tax bracket (not the 28%), which in their specific situation, involved a $30,000 Roth IRA conversion.

The new 2018 tax laws changed their situation significantly. They are now in the new 24% bracket and anticipate their RMDs would almost put them in the 32% tax bracket and certainly the 35% bracket when the first spouse passes. To avoid paying at a higher rate, they agree to fill up the 24% tax bracket, which means they could realize taxable income up to $315,000. To do so, they complete a $195,000 Roth IRA conversion: $165,000 more than what made sense in 2017.

When Does A Roth Conversion Make Sense?

Good tax planning means paying as little tax as possible over the course of time by paying tax when rates are low and avoiding tax when rates are high. If your marginal tax today exceeds the marginal rate you expect to pay in the future, then filling your tax bracket today would be a mistake. Consequently, the newly-expanded brackets can be a great opportunity for some, but not all. If you find yourself in a situation where you are in a lower tax bracket today than you expect in the future, filling up your tax bracket with a Roth conversion could be a viable option. Common examples of people in this situation include:

In the past, it’s made sense for many taxpayers to pay tax at the old 15% rate, and sometimes even up to the old 25%rate, depending on where the taxpayers expected their future tax rate to land. Realizing income in excess of the old 25% rate was often confusing to evaluate since the Alternative Minimum Tax (AMT) often applied, creating an actual marginal rate between 26-35%. Given that many retirees’ future tax rates often falls in that same range, it often wasn’t worth accelerating the tax liability. Thanks to tax reform, however, it is expected that AMT will impact far less people. Because of this, understanding your tax rate is now a much simpler exercise for many taxpayers.

In 2018 filling up the new 12% bracket will continue to be a "no-brainer" for many households. That said, if you fall in this tax bracket, the determination gets complicated quickly due to coordination of Social Security taxability and qualifying for the 0% preferred tax rate on qualified dividends and long-term capital gains. Filling up the new 24% bracket, however, may provide a substantial opportunity, especially for those who were previously comfortable paying 25%.

The combination of old and new opportunities (Roth conversions and reduced tax rates) presents a compelling option that all retirement savers should evaluate.

You’ve worked hard over many years to accumulate and invest your wealth. Don’t let this opportunity pass you by. Know your marginal and effective tax rates, both today and what could be expected for the future, and get into the detail to make informed decisions. If you can’t do it on your own, find an experienced financial advisor to help out. There’s nothing worse than leaving free money on the table.

This information is not intended to be a substitute for specific individualized tax advice. I suggest that you discuss tax strategies with a qualified tax advisor to see if these strategies makes sense for your unique situation. Future tax laws can change at any time and may impact the benefits of Roth IRAs.

This article was originally published on TheStreet.com. 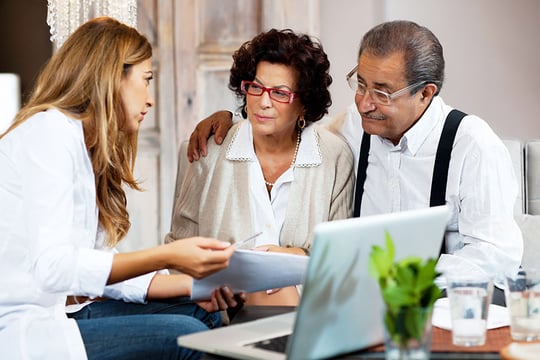 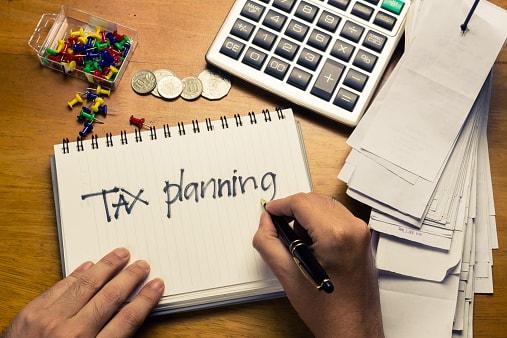 3 IRA Tactics to Help Lower Taxes in Retirement
06/24/2021 4 min read
Taxes can be complex. And as much as we may not like them, they’re here to stay—even once we enter retirement.
Read Article