The LGBTQ+ community has seen significant gains over the last few years, particularly with marriage equality and workplace discrimination cases decided favorably by the Supreme Court. Yet, the community has less financial security than the general population.

Most LGBTQ-identified people say they are more inclined to save money than to spend it. But a closer look suggests the opposite may be true, according to an Experian survey on LGBTQ financial planning. The survey, split equally between LGBTQ and heterosexual, cisgender individuals, found that 44% of LGBTQ respondents said they had difficulty maintaining adequate savings, versus 38% of the general population.

These findings aren’t an anomaly; research conducted by Prudential showed similar findings, citing that the number of LGBT Americans who had started saving or investing for retirement or had an insurance or estate plan had decreased between 2012 and 2017. In addition, 41% of respondents said they are struggling to make ends meet.

Figure 1 highlights the top financial concerns cited by respondents, including the increased concern from the LGBT community regarding the stability of their working and retirement incomes. In addition to the typical concerns with saving enough for retirement, LGBT Americans must also grapple with challenges that many of their straight or cisgender peers can avoid, including the following:

Prudential identifies an income gap faced by LGBT individuals linked to their sexual orientation and gender identity. Generally, those who identified as male usually earn more than female-identified individuals, but gay men and lesbian women reported earning less on average than their heterosexual counterparts. And bisexual women typically earn less than their lesbian or heterosexual peers, though bisexual men earn more on average. The reason for the income inequality is complex, but an important factor to consider is the employment instability experienced by the LGBT community.

2. Increased Instability for the LGBT Community

Survey respondents agreed that the federal government legally recognizing their unions in 2015 has simplified their finances overall, thanks to easier ways of filing taxes, insurance coverage and estate planning. Still, LGBT individuals and couples need to prepare themselves for potential setbacks or challenges.

A significant majority (62%) of LGBT respondents reported having experienced financial challenges because of their sexual orientation or gender identity, including:

While the U.S. has made significant progress on protecting the rights of LGBTQ citizens, employers in a majority of states (28) were still allowed to fire workers for the simple fact of being LGBTQ until a Supreme Court decision in June 2020.

Prior to this landmark Supreme Court case, workplace discrimination was an issue for all LGBTQ individuals but was especially common for transgender people. More than one-in-four transgender people reported losing a job due to bias, according to data from the National Center for Transgender Equality. Time will tell if the antidiscrimination ruling from the Supreme Court will impact the lived experiences of LGBT people, but thus far, that lack of consistent employment or opportunities for career advancement had a major adverse impact on their financial planning and ability to save.

Additionally, as shown in the table above, there is concern regarding the status of LGBT rights and the constant threat of potential legislation that could erode them, including having access to Social Security or pension survivor benefits. All of that plays into not knowing what to do for long-term financial planning.

3. Being LGBT Is Expensive

It’s also important to acknowledge the higher costs associated with being LGBT. Transgender people, for example, often face significantly higher healthcare costs. And, while many same-sex couples don’t have children, those that decide to pursue parenthood generally experience higher medical and legal fees associated with the process. After paying large sums of money to conceive, LGBT couples may then have to live in more expensive neighborhoods in order to send their children to accepting schools. And, despite marriage equality, many employers still do not offer health insurance to same-sex spouses.

All of these factors considered, LGBT couples and individuals have different needs when planning for their presents and futures. For example, many queer people are estranged from their families and do not have the financial support or opportunity to learn about financial responsibility from their parents. That lack of knowledge means LGBT people tend to be less confident—impacting the support needed from a financial advisor.

4. Lack of Confidence in Investing and Saving

These surveys found LGBT investors report lower savings rates than the general population. This raises an important question: why does this community invest less for retirement?

One reason may be a lack of confidence; one report found just 15% consider themselves to be knowledgeable about financial products and investments compared to 21% of other investors. The numbers are worse for younger generations. Prudential reports that among LGBT millennials and gen-X, nearly 60% feel uncomfortable managing their investment portfolios compared to 40% of similarly-aged straight investors.

While confidence may be an issue among LGBT investors, awareness of the importance of investing is not; respondents said that they should be setting aside 35% of their income in retirement, investment and cash accounts—compared to the 20% that actually do.

With the situations described above, it’s no wonder the LGBT community cited financial concerns above and beyond the general population. We are living in a time that will be a defining era for the LGBTQ community. Marriage equality and expanded workplace protections have changed lives in profoundly important ways, and you need an advisor that will help you build confidence in saving for the future retirement you hope for.

Although an advisor cannot necessarily help you earn more, as long as you’re open with your advisor, they can help develop a comprehensive financial plan that takes into account all of the unique financial concerns of the LGBT community. Think of your advisor as a financial coach. They can help you plan and stay on track to meet your financial goals—whether it’s saving for a rainy day, covering the costs of having a family, or creating an estate plan with your needs in mind—in order to help you retire with confidence.

ChFC®, Series 7 Securities Registration,1 Series 66 Advisory Registration, † Insurance License Brent has been advising Wealth Enhancement Group clients since 2007. As a believer in the power of teamwork, Brent often leverages the vast knowledge and resources of Wealth Enhancement Group to provide great service and smart strategies to his clients. Specializing in values-driven planning and retirement income planning, he takes pride in his ability to listen...Read More 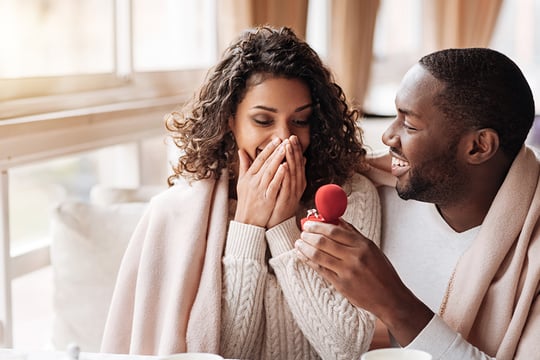 5 Financial Considerations for Couples Before Tying the Knot
05/26/2021 5 min read
When we start a relationship with a significant other, their financial status isn’t likely our first concern. But before getting married, or even before getting engaged, it...
Read Article 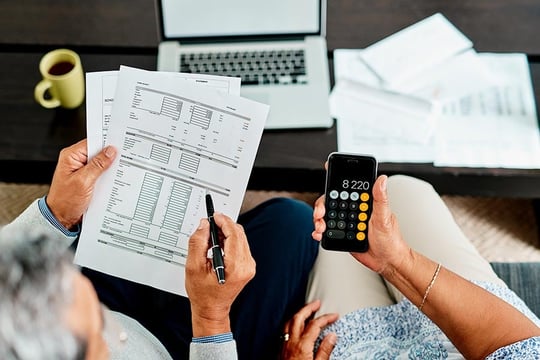 4 Components of a Successful Financial Plan
05/20/2021 4 min read
For most things in life, having a plan is one of the best ways to set yourself up for success. It should come as no surprise, then, that having a financial plan for...
Read Article