The Cost of Being Single: Why It Could Be Financially Devastating

According to the Pew Research Center, more adults are single, living with a partner, or raising children outside of marriage than ever before. Those who marry are doing so later, and the percentage of those who have never married is rising. In fact, one in seven never-married adults say they never want to marry.

Despite the rising popularity of never marrying, single people—under-considered by policymakers and corporations alike—often end up with less cash in the bank. According to a TD Ameritrade study, singles both make less money than their married peers (on average, $8,000 dollars a year) and pay more on a wide array of costs—from housing, to health care, to cell phone plans. The richest way to live is as a DINC (double income, no children) married couple.

Costs associated with being single can be staggering—in part because of laws, policies, and practices that favor married people and couples (i.e. spousal Social Security benefits, taxes, etc.). However, private companies follow the government’s lead. The financial penalty for single people continues to show up in everyday life, as they often pay more per person than married people do for products and services, such as:

A U.K. study estimated that these extra expenses add up to about £2,000 (nearly $2,600) per person per year. This kind of financial “discrimination” for single people shows up in numerous ways, including:

Speaking strictly of income, married people tend to earn more than their single counterparts. In a study of identical twins, the married twin got paid an average of 26% more. That alone will cost the single man with a $50,000 annual salary more than half a million dollars over the course of his working life.

Beyond salary, some workplaces offer benefits only to married people, or only to people with children, that can be worth tens of thousands of dollars. For example, a married employee can sometimes add their spouse to their employer-provided health insurance, while a single person cannot add a significant other, nor can anyone add them to theirs. Similarly, some universities offer free tuition to a faculty member's spouse and children, without offering comparable benefits to single people who have no children.

Additionally, in some workplaces, whether acknowledged or not, single people are expected to stay later or cover weekends, holidays, vacation times, or travel assignments that no one else wants. When it comes to relocating employees or laying them off, employers sometimes look first to single people, not recognizing that many have roots where they are and do not have a spouse’s income to fall back on if they lose theirs.

There are also significant disadvantages in how health care plans are structured for single people. For instance, if you are terminated by your employer, you can extend your health care coverage for up to 18 months. However, if you’re the spouse of a terminated employee, you could get 36 months of extended coverage under certain circumstances.

Generally, married couples can save thousands of dollars over their lifetimes just by filing jointly instead of separately. Those thousands are largely the direct result of federal and state laws that privilege married people.

Why do singles pay more taxes? The reality is that there is never a single person’s tax break. That is, a single person never pays less in taxes relative to a married couple with the same amount of income as the single person.

Married couples enjoy privileges related to IRAs and property taxes that are unavailable to singles.

Second, spouses can potentially withdraw money from an IRA early for medical or education expenses without the usual 10% penalty. While it's never ideal to withdraw money from an IRA early, single people overburdened by unplanned medical expenses will lose 10% of the withdrawal amount. In other words, single people are penalized when they make the same choices as their married counterparts.

Just as married people can inherit a spouse's IRA, single people can also inherit IRAs, even from someone who's not a relative. Once again, however, married people enjoy significant privileges when they inherit the IRA. For example, surviving spouses can withdraw cash from the IRA early for any reason without the usual 10% penalty. The same isn’t true for a single person inheriting an IRA.

Singles pay thousands of dollars (or even hundreds of thousands of dollars) more in health spending. The Bureau of Labor Statistics report found that, on average, couples spent 6.9% of their annual income on health; single men spent only 3.9%, and single women spent 7.9%.

Single people also have less access to health insurance than married people, who can sometimes be covered under a spouse’s plan offered by an employer (as mentioned earlier). Lack of access to health care, or access only to lower-quality care, can cut years off people’s lives and compromise their health in the years they do have.

Being married does, in many ways, make planning and saving for the future easier—simply because society provides more such options for married couples. Nowhere is this more obvious than Social Security benefits.

Social Security started in the 1930s and evolved partly as a way to support child-rearing women who couldn't work (which, at the time, was about 85% of women). They received benefits through their husbands. Today, after retirement, married women can claim benefits off their own Social Security record or their husbands'. But they are subsidized in large part by single people.

If a single person dies without children, their Social Security contributions revert to the government. They cannot give that money to anyone else, and no one else can give their contributions to lifelong single people. However, if a married person dies, the money can be routed back to her family. This is good for the married person but fails to account for the important people in singles' lives.

Additionally, a married person could receive up to 50% of a spouse’s benefits while the spouse is alive. Spouses can also receive 100% of their dead spouse's benefits if the deceased's benefits are higher than the recipient's would have been.

But that’s not all. For married couples, the federal government throws in this handy dual-claim option: When a married person reaches retirement age, they can claim Social Security as a spouse and then later as a worker. For example, you could sign up for spousal benefits at age 66 and then wait four years before claiming your own benefits, because by delaying, you accrue credits that increase your benefits by a certain percentage (depending on your date of birth).

Rent, pets, cable, utilities, furniture and annual credit card fees all work out to be twice as expensive if you’re single and have no one to split them with. According to reports from the Bureau of Labor Statistics, on average, couples spent 23.9% of their annual income on housing; single men spent 30.3%; and single women spent 39.8%. The Atlantic’s analysis found that those percentages equate to a massive difference in the 60-year lifetime spending on housing.

This happens in part because of the inherent logistical fact that two people can split a rent or mortgage. However, other less obvious factors also come into play. For example, a series of four studies found that landlords overwhelmingly favor renting to married people than to single people, thus narrowing the pool of housing options for singles.

A number of studies suggest that people who have always been single “do more to attend to their relationships with friends, neighbors, siblings, and parents. In contrast, when couples move in together or get married, they become more insular.”

What does this mean for single people, financially? Single people with no kids are often expected to give birthday and holiday gifts to all their adult family members and their children, when family units (for example, a sibling, the sibling’s spouse, and their kids) give one gift in return to the single person. It’s not likely that the single person would begrudge gifts to the people they love, but it can get very expensive—especially when the single person has just one source of income to draw from while their coupled relatives have two.

Trading rounds of drinks or rideshares with friends has a similar outcome: A single person’s one income is paying for two other people, while a married couple’s dual income only pays for one other person. And when it comes to travel, the dreaded single supplement is still ubiquitous.

The financial benefits of being married are clear. According to one estimate, just looking at the four categories of Social Security benefits, taxes, housing costs and health care expenses can cost single women over a million dollars more than what married women pay over the course of their working lives.

Although the factors that create this disparity are outside of your control, there is something you can do.

Knowing these inequities is only half the battle—planning for them is the hard part. With so many different aspects impacted—from housing and health costs to taxes, employment benefits and Social Security—there’s a lot to think about. Our Roundtable™ team of specialists consider your entire financial life from every angle to help you feel less stress and make more confident decisions.

This information is not intended to be a substitute for individualized tax advice. We suggest that you discuss your specific tax situation with a qualified tax advisor.

CPA, CFP®, ChFC, MBA, Series 3, 7, 24, 63 Securities Registrations1 John has been providing sound wealth management and investment advice to families since 1987. He joined Wealth Enhancement Group through the 2017 merger with CPA Retirement Planning. John uses his vast background in tax and finance to develop financial plans that are based on individuals’ specific goals and objectives. He currently is a member of the Board of Trustees of St. Johns Country Day School,...Read More 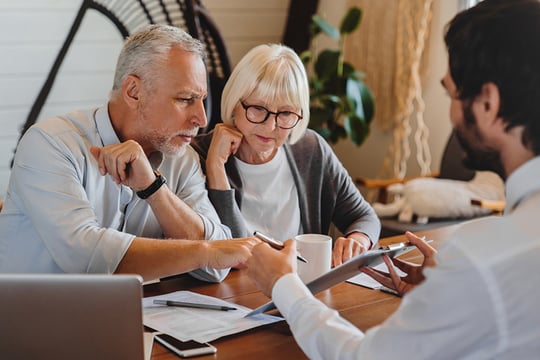 3 Retirement Planning Tips for Late Starters
04/14/2021 5 min read
Saving when you’re young can have major benefits for your overall financial plan. As shown in Figure 1 below, starting at age 25, if you save just $381 every month, you’ll...
Read Article 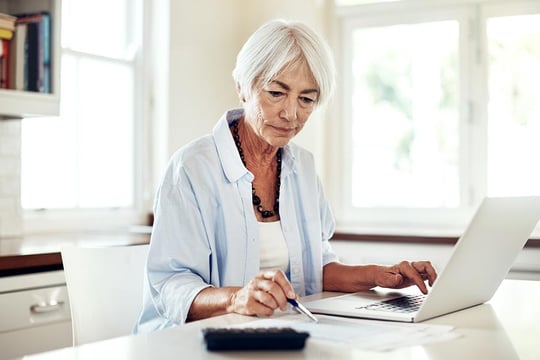 8 Tips to Protect Family Caregivers from Financial Burden
04/08/2021 4 min read
Caregiving is an essential piece of modern American life. It’s estimated that 53 million adults provide unpaid care to a family member. A portion of that number is adults...
Read Article