How Women Are Changing the Investment Landscape

There was once a point in time when women couldn’t own property; now women hold a growing proportion of the global wealth. What’s even more interesting is that the different approach they bring to their investments is having an impact on the broader (and still male-dominated) financial industry through impact investing.

The term “impact investing” as a whole is relatively new, first coined in 2007 by the Rockefeller Foundation, but the practice has developed rapidly over the last decade. Impact investing combines the goals of financial investments and philanthropic capital: investors still desire a financial return on their investment, but also seek to improve society or the environment in some way with those same investments.

Impact investing is still widely considered “niche” within the investing world, but it’s on the rise—to the tune of over $250 billion in global capital, a number that is growing year over year largely due to the influence of women and millennial investors.

Women—or at least some women, since levels of wealth vary by geography—are richer now than ever before and that wealth continues to grow. Globally, we’re starting to see a massive transfer of wealth to women and millennials.

Speaking just in terms of wealth in the U.S., women now control almost half of estates valued over $5 million. Plus, they’re expected to be beneficiaries of 70% of the $41 trillion to be inherited over the next two generations in what could be the largest intergenerational transfer of wealth the world has ever seen. That means women are expected to hold roughly two-thirds of the private wealth in the U.S. by 2030.

And, considering women are statistically better investors than men, outperforming their male counterparts in generating a return on their investments, their proportion of wealth could increase even more.

It’s not just that women control a significant portion of wealth in the U.S.—they are directing their resources to align with their values. In a study of affluent women, 95% ranked "helping others" and 90% ranked "environmental responsibility" as important. In fact, women far more often say societal causes have become more important than wealth accumulation in defining a legacy, with 62% of women agreeing, compared with 53% of men.

In terms of how that translates to money and investing, Morgan Stanley found that 84% of women say they are interested in investing for impact and sustainability, versus 67% of men. Another report echoes these sentiments, citing that two-thirds of women believe they have more opportunity to tackle societal issues through impact investing, compared with 56% of men.

However, these rates go beyond just identifying the opportunity or showing interest, following through to actual investments. Morgan Stanley also found that up to 56% of women focus at least partially on making a positive impact with their investments, compared with 45% of men.

One report indicates that women were more likely than men to say they:

Significant gains in control over global wealth combined with the intent and follow through to participate in impact investing means that the impact investing “niche” could move from niche to the mainstream over the coming years.

Younger Generations Are Embracing the Movement

The desire to create lasting social and environmental impact with their investment decisions is even stronger with younger women. This is particularly true for millennial women, who are the most likely to say social and environmental causes and issues are very important and drive much of what they do, as compared to older generations (90%, versus 81% for Generation X and 80% for Baby Boomers).

When it comes to investing, the vast majority of millennials and Gen Z are engaged in socially responsible investments or planning to invest this way in the future. One survey found that 67% of millennials want investments to reflect their social and environmental values (the figure for women was even higher: 76%). Which is another signal that impact investing is likely to become even more popular as millennials and Gen Z accumulate and inherit a larger share of the global wealth.

Given these statistics—where exactly are women’s impact investments going? Of the many different causes that impact investing can support, women are more likely to invest in a way that benefits women. They lead the field of gender-lens investing, which essentially means making gifts or investments while considering how women and girls might be affected.

But their investments aren’t just supporting organizations where women are the end beneficiaries, such as with various nonprofits. They are also looking at where women are playing roles in an organization, investing in companies with women in leadership positions or on boards, for example.

When women give to causes that benefit women and girls, it’s often for different motivations than men; for example, because of personal experiences with bias and discrimination, understanding inequities faced by women around the world, or understanding that investing in women tends to have positive ripple effects.

Investing to Redefine a Legacy with a Social Focus

Women not only own and control greater wealth than ever before, they are also changing the direction of wealth management and the goals of wealth creation. High-net-worth and millennial women, in particular, are taking investment strategies in a new direction to align with their values, using them to create a lasting impact as part of their legacy. The studies cited thus far suggest that the more assets women accumulate, the more they direct their wealth and legacy planning themselves—and the more their individual influence will be felt.

In order to build an investment portfolio that aligns with your values, work with a financial advisor to create a customized investment strategy. Wealth Enhancement Group advisors can work with you to develop a comprehensive financial plan that incorporates how you want to invest, depending on your values and goals.

All investing involves risk including loss of principal. No strategy assures success or protects against loss.

CFP ®, ChFC ®, AIF ®, Series 7 & 24 Securities Registrations,* Series 66 Advisory Registration,† Insurance License Having worked in the industry since 2007, Adria regularly meets with clients and works closely with the Roundtable™ team of specialists to develop financial plans that are specifically geared toward their values and retirement goals. She is involved in her Arlington Heights, IL community through Our Lady of the...Read More 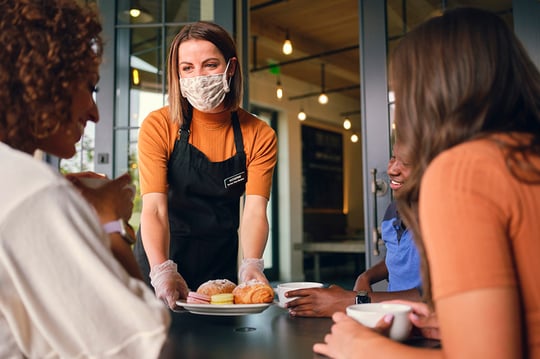 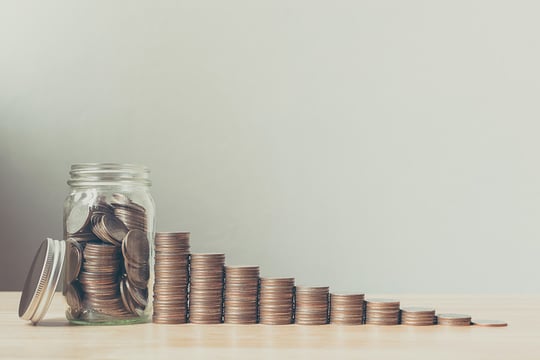