As we enter the final weeks before Election Day, the long list of uncertainties continues to grow, headlined by President Trump himself testing positive for COVID-19. We won’t recap the latest political updates (which change by the minute), but it goes without saying that this presidential election may be one of the most consequential in recent history. Against the backdrop of COVID-19, the global recession, extreme weather and wildfires, and the protests over racial injustices, the social and economic impacts of the election will be felt far and wide. Both former Vice President Biden and President Trump clearly have different policy agendas, which could significantly affect both the economic recovery and the markets.

In perhaps one of the more impactful potential changes to the markets, Biden has proposed raising the corporate tax rate from 21% to 28%, and he has suggested imposing a minimum tax and increased tax on foreign income. According to estimates by Bank of America, the increased tax could reduce earnings for companies in the S&P 500 by 9.2%. Among those who could be the most impacted are big tech and consumer discretionary companies. While we do not think a new tax regime will be the undoing of these dynamic businesses, in the short run, it could alter perceptions or perhaps their lofty valuations.

Another area to watch is infrastructure, which could see a significant boost post-election—particularly if Biden wins. Biden proposed a $2 billion clean energy and infrastructure plan that focuses on achieving carbon-free power generation, mass transit, efficient buildings, and more. If enacted, the plan could certainly boost clean energy and construction sectors while potentially providing millions of jobs. Citing the potential impact of infrastructure and other social spending programs, a recent study by Moody’s Analytics predicted that the U.S. economy could grow by 4.2% during Biden’s first term if Democrats win the Senate and the White House, compared to a range of 3.1% and 3.5% if President Trump wins or if Republicans hold the Senate.

Meanwhile, recent economic data is showing signs of improvement but at a slower pace than in previous months, supporting our conviction that we are in a Nike “swoosh” shaped recovery. Once stay-at-home orders were lifted, consumer spending surged and the labor market rebounded, but the fast and easy part of the recovery is likely already behind us. The September jobs report showed 661,000 jobs were added to the economy—well below the consensus estimate of 850,000. Perhaps more concerning, a recent wave of layoffs from blue-chip companies provides evidence that job losses are spilling over from the Retail, Travel and Leisure sectors. In addition, the September PMI index (which tracks manufacturing) slipped to 55.4 from 56—also coming in below analysts’ estimates. However, the index does suggest that overall U.S. manufacturing has expanded for five months in a row as businesses have adapted to working in reconfigured factories.

The research firm Capital Economics is predicting a 3.7% decline in GDP in 2020, followed by growth of 4.5% in 2021. They cite “enormous” risks to that forecast on both the upside and downside, dependent on expected waves of COVID-19 infections during the winter months, more lockdowns, and when a vaccine might become widely available and effective—and if additional stimulus measures are passed. Whatever result, the dichotomy between the economy and the markets remains as wide as ever, as investors continue to look forward and reap the benefits of accommodative monetary policy. The Fed has answered their call to action with decisive measures that should keep interest rates low for years and continue to provide a backstop for risky assets. We cannot help but wonder if we are fortunate enough to have avoided deflation, at what point might we have significant inflation.

After several U.S. stock indices reached new all-time highs in August, the volatility over the past several weeks has proven to be a wake-up call to investors everywhere. The lack of additional stimulus and expectations of a disputed election have both contributed to an uptick in volatility over the past several weeks. Investors are betting on one of the most uncertain U.S. election seasons on record, as futures and options prices show an ambiguous election result has become the market's baseline expectation. The CBOE Volatility Index (VIX) surged as high as 38 in early September from just over 20 in mid-August. The VIX has since retracted, but it remains around 27 in the early days of October.

The S&P notched four straight weeks of declines in September, as U.S. equities saw outflows of $25.8 billion in the week ending on September 23—the third largest on record, according to Bank of America’s Flow Show report. The market did manage to recover the week ending on October 2, as the S&P 500 finished down 3.8% for the month of September.

The tech-heavy Nasdaq Composite index fell even further, correcting almost 12% and ending down 5.1% for the month. However, it was still higher by more than 25% year-to-date (YTD). While no one single catalyst was cited as the reason for the tech selloff, overbought and crowded positions in large cap growth were likely attributable. Furthermore, the “Nasdaq Whale” was revealed earlier this month, as Japanese conglomerate Softbank reported billions of options bets on U.S. tech names, and it is being reported the company may once again be ramping up their bullish bets.

Top performing sectors in September included Materials (+1.34%) and Utilities (+1.13%), while Energy (-14.51%), Communication Services (-6.47%), and Technology (-5.37%) were the laggards. International stocks fared slightly better in September, although most did experience modest losses. In general, Emerging Market stocks outperformed developed markets, and Asian countries performed better than Europe. Overall, it was a noneventful month for bond indices, with essentially flat returns for both the U.S. aggregate bond index and the municipal bond index. The same cannot be said for high-yield (below investment grade bonds), which were down about 1% in September.

The combination of slow economic growth, mild inflation, and low yields—all of which are predicted for years to come—may provide some justification for paying an additional premium on high-quality growth stocks. This, of course, does not imply that value will remain out of favor as long as these trends persist, and the next surprise “whale” may be lurking at any moment. It’s worth repeating that without big tech, the rest of the market recovery is still in negative territory YTD, which is why we continue to recommend a more balanced approach that limits exposure to overextended sectors.

As the economy continues to improve and we gain further clarity on when a COVID-19 vaccine may be widely available, we anticipate a broader market recovery and a return of favor to more cyclical sectors. Despite the cloud of uncertainties, we are optimistic toward the future, regardless which party wins out on November 3.

For more information, reach out to your financial advisor today.

MBA, CFP®, CFA® Gary has over 15 years of experience in investment strategy and management. He is highly-skilled in the areas of macroeconomic research, portfolio management and investment analysis. Gary also enjoys delivering market commentary and guidance to clients. He lives in Morris Township, NJ with his wife Andrea and their daughter Avery. In his free time, you will find Gary spending time in the outdoors, running and playing sports. MBA, Seton Hall...Read More 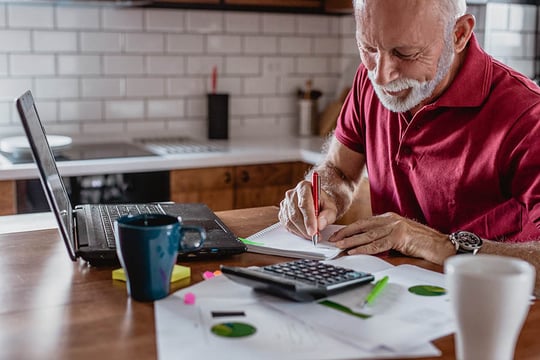 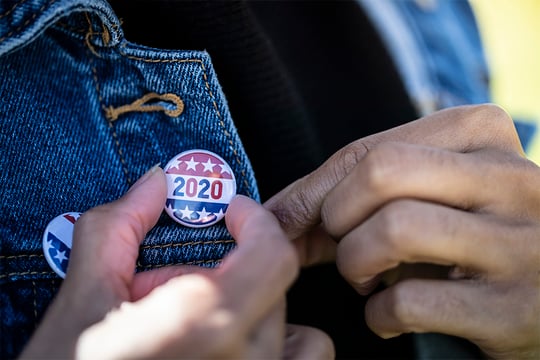 September 2020 Investment Commentary
09/10/2020 12 min read
Editor’s Note: The below information is current as of August 31 and does not reflect the tech selloff and ensuing volatility that occurred in early September.
Read Article