The world is rapidly recovering from the COVID-19 recession, and while we’re regaining a sense of normalcy, the future looks vastly different than what we knew before the pandemic. Both the novel coronavirus and the historic, unprecedented government response have dynamically shifted the economic landscape for years to come. Social behavior has changed, work preferences have been altered, and consumer spending is pivoting from “stay-at-home” sectors to service-based and an array of cyclical sectors. How and where we work may never be the same, even as many of us prepare to reenter our office complexes in the coming months. Business travel will likely resume at some point, but not to the extent it occurred previously, which could be devastating for the travel and hospitality industries. And as the political landscape shifted last year, the impetus for higher government spending on a range of goals (in addition to pandemic relief) will have a lasting impact on our national debt and tax policy.

In the near term, we continue to see signs of strength in the economy—but not without caveats. The latest survey on Manufacturing PMI indicated another strong month of growth in May, registering 61.2 for the 12th consecutive month of expansion in the U.S. But while the top line number is impressive, and customer demand remains high, survey respondents highlighted problematic supply issues behind the scenes. ISM quoted “record-long lead times, wide-scale shortages of materials, rising commodity prices, and transportation difficulties” as just a few of the headwinds impacting manufacturing potential. In addition, labor shortages continue to be problematic for the Manufacturing sector and the broader economy in general. The most recent NFIB Small Business Optimism Index reported a record 44% of owners couldn’t fill job openings in April, due in part to a combination of generous unemployment benefits, lingering COVID-19 impediments, and a decrease in immigration over the past several years.

This played out in yet another disappointing jobs report in May, as U.S. nonfarm payrolls increased by 559,000 but fell well short of expectations at 650,000. The unemployment rate ticked lower to 5.8%, while average hourly earnings rose 0.5% and is up 2.0% year-over-year. The wage growth component is particularly important as it pertains to inflation expectations, as wage increases tend to be stickier than recent transitory price increases due to pent-up demand and supply shortages. Rising inflation expectations remain front-of-mind for consumers and investors and has the potential to create volatility for the markets in the coming months. While Federal Reserve Chief Jerome Powell has repeatedly signaled his intention to hold interest rates steady (for now), the market anxiously awaits further guidance on when the Fed will curtail their bond purchases and/or raise short-term rates. The next FOMC meeting will occur June 15–16, so we may get some guidance then, but it’s more likely we will have to wait until late August at the Jackson Hole Symposium.

In the meantime, with every new positive datapoint, the market will continuously ponder when the Fed will act to keep the economy from overheating. Major U.S. retailers such as Walmart, Home Depot, and Macy’s all posted blowout first-quarter earnings results, which were undoubtedly helped by the stimulus payments but also reflect a rapidly recovering economy. Walmart anticipated “pent-up demand through 2021” and raised EPS and revenue guidance, while Macy’s EBITDA beat expectation by more than 300%. From a global perspective, the OECD is expecting the fastest global GDP growth in almost 50 years—on track to bring the world back to pre-pandemic GDP levels by the end of 2022.

Equity markets continued their resilient march higher in May, as the MSCI All Country World Index gained 1.54% and is now up an impressive 10.84% year to date (YTD). The Growth-to-Value trade paused last month but regained its momentum in May, as the Russell 1000 Value Index climbed 2.33% compared to 1.38% for its Growth counterpart. The shift was also evident by comparing the blue-chip Dow Jones Industrial Average (+2.21%) to the tech-heavy Nasdaq 100, which declined -1.17%. The top-performing sectors included the most traditional Value sectors, including Energy (+5.77%), Financials (+4.79%) and Materials (+5.22%). On the growth-oriented side, Consumer Discretionary fell by -3.81% and Technology dipped -0.91%—both sectors being up around 6% YTD and significantly lagging the S&P 500 at 12.62%. U.S. Small Caps were essentially flat but are still outperforming Large Caps by about 3% on the year. Worth noting, volatility—as measured by the CBOE VIX Index—is near its lowest level since before the pandemic, ending the month around 17 after surging to 29 earlier in the month on a hotter than expected inflation report.

It may come as a surprise, but since the November vaccine news, Developed Europe has been one of the top-performing geographic sectors. The FTSE Developed Europe Index has gained almost 28% since November 6, compared to 19.5% for Developed Asia, 19% for Emerging Markets, and 22% for the U.S. Russell 3000. One reason why Europe may be outperforming is that earnings growth is expected to be higher in Europe relative to the U.S. in 2021, as European countries have a much higher percentage of cyclical sectors compared to a higher share of technology sectors here in the States. While the U.S. market is comprised of roughly 34% cyclical sectors, Europe is much higher at 54%, followed by Emerging Markets at 43%. As the rotation towards Value-oriented sectors continues, we see this as a favorable trend for overseas markets. In addition, when you consider that the price-to-earnings ratio of the MSCI ACWI ex-U.S. International is trading at a -27.3% discount to the U.S., this further supports the base case for international equities.

Turning our focus towards fixed income, we observed a modestly positive month for bonds, which was a welcome reprieve given the surge in interest rates already experienced this year. The broad Bloomberg/Barclays U.S. Aggregate Bond Index gained 0.33% but is still negative -2.29% YTD. The U.S. TIPS (Treasury Inflation Protected Securities) index was the top performer at +1.21%, which is not a surprise given the ongoing concerns surrounding higher inflation expectations. The 10-year Treasury essentially remained flat on the month around 1.6% and is still modestly lower than its recent high of 1.74% at the end of March. Municipals marched in line with their taxable cohorts, returning 0.30% in May but are in positive territory YTD at +0.78% (before tax considerations). Like all fixed income sectors, the current yield opportunities remain scarce. The yield-to-worst on the Bloomberg/Barclays Municipal Bond Index is just 1.02% compared to 1.5% for the U.S. Aggregate Index. The AAA Muni-to-Treasury ratio is at 62, well below its median level of 92, suggesting that high-quality municipal bonds are historically expensive relative to Treasuries at the same time the income opportunity is minimal.

The commodity index gained an additional 2.73% in May, fueled by another strong month from oil as well as both industrial and precious metals. Brent Crude Oil, the global benchmark, surpassed $70 per barrel on June 1 for the first time since May 2019. This occurred as OPEC+ agreed to relax restrictions and increase production in June and July by 700,000 and 840,000 barrels per day respectively. Gold surged 7.78% to just barely break out of negative territory—now up 0.54% YTD. Lumber futures, which were on a historic tear up until the first week of May, plummeted 24% from their high but are still almost 50% above their level at the start of the year.

The economy is unambiguously improving at a historic clip, but with stretched valuations across asset classes and concerns about inflation on the rise, it is fair to expect more volatility in the months ahead. Interest rates—as represented by the 10-year U.S. Treasury—are likely to further increase at some point, as they reflect both rising growth expectations and an inflationary element. When rates are low and rising as they are now, the rise is most often positively correlated with the equity market. When rates are high and rising, the correlation turns negative, as the market begins worrying about inflation and the specter of the Fed raising the Fed Funds Rate. The definition of low and high is quite subjective, but historically, the cutoff has been in the 3–4% range. This is not to say that the market will remain positively correlated with rate rises until the 10-year yield reaches this point, but rather that the market tends to focus more on improving growth fundamentals at these levels. It will be imperative to stay in tune with the Fed as we get closer to full employment levels for any messaging that may affect their current accommodative policy. Our hunch is that this is still months away, but this doesn’t preclude the market’s ability to overreact or behave irrationally in a moment’s notice. 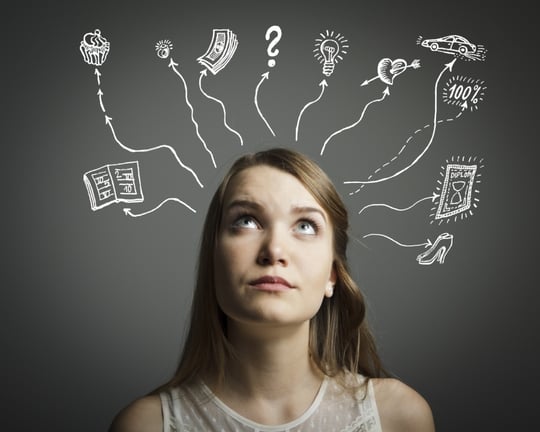 6 Fears Successful Investors Overcome
06/08/2021 4 min read
Fear is one of the most primal feelings in the human experience. When harnessed correctly, internal fear can be an incredibly powerful motivator. However, if fear is not...
Read Article How to Build an LGBT-Inclusive Portfolio
06/01/2021 5 min read
When building an investment portfolio, you want to buy assets that could provide a better return on your money. But investing can also—and perhaps should—reflect your values,...
Read Article