All Aboard the Tax Volatility Train

For more than three decades, the American tax system has chugged along smoothly.

Sure, there were tax bills that passed in 1990, 1993, 2001, 2003 and 2012, but many of the changes in these bills were primarily focused on tax rates, brackets and deductions for high income earners and investors. So, if you weren’t in the top tax bracket, your tax life has been relatively stable.

But that world of relative tax stability came to an end last December when the 2017 Tax Act, the most impactful tax bill since 1986, was passed into law. Just like the stock market can be volatile (as we were all reminded in February and March of this year), we are entering a likely multi-year period of volatility with respect to tax laws.  So congrats! You’ve been given a ticket on board the tax volatility train. You’d better sit down and buckle up, as this will likely be a long and bumpy ride.

The new law impacts all taxpayers in ways big and small, good and bad, today and over time. And by taxpayers, I don’t just mean individuals and families, but businesses, trusts, non-profits and even every state’s department of revenue.

The speed (50 days) and timing (year-end) with which this bill passed was truly remarkable from a legislative perspective, and has created both intended and unintended consequences and inequities that will require further action from Congress, the IRS, Treasury Department, and state and local governments.  On top of that, the potential for an automatic reversal of many individual tax law changes in 2025, coupled with possible political shifts every two years, sets the stage for plenty of volatile moments.

Talk of “Phase Two” for federal tax reform has already begun.  While last year’s bill was certainly large, many items were trimmed or eliminated in order to make the bill passable.  As such, “Round Two” of reform will likely strive to complete the intent of the original congressional proposals.  A top priority for many is addressing the temporary provisions which primarily impact individuals across the socioeconomic spectrum. Specifically, changes would likely make permanent the new reduced tax rates, limits on itemized deductions, repeal of personal exemptions and Alternative Minimum Tax (AMT), increases to the child tax credits, etc.

But there’s more. Out of due course, professional request, and common sense, the IRS and the Joint Committee on Taxation  are expected to release their own guidance to clarify many of the vagaries and complexities of the new law. Top of mind for many is guidance on the limitations for home equity interest deductibility, the new 20% deduction for qualified business income, and the deduction for meals and entertainment expenses, among others.

Dear states, please state the state of your state

While federal reform was the media’s primary focus, another major consequence was the automatic impact of the new federal laws on state income tax laws.

Across the country, many states will raise more revenue (i.e. individuals pay more state income tax) as a result of the new federal tax laws. This is especially the case for state’s that allow a personal exemption deduction since it was repealed as part of federal tax reform. Consequently, most state’s will need to proactively pass new laws that either agree or disagree with the new federal tax laws. In some cases, states may decide to reduce tax rates to avoid collecting additional revenue.  Or maybe they won’t.   Only time will tell.

Instead of minor tweaks to their tax laws, some states are following down that same set of comprehensive tax reform tracks and considering significant changes to modernize their own tax codes. Iowa, for example, is debating its most comprehensive reform in decades.

As another possibility for reform, some states are trying to creatively offset the negative economic impacts of the new federal laws. The primary cause for this effort is the $10,000 cap on deductions for state and local taxes. Taxpayers with high income and property taxes were negatively impacted by this limitation and states such as New York , New Jersey, California, and others are proposing to set up charitable funds where taxpayers can make donations (that would be fully deductible for federal income tax purposes), and then receive a credit back on their state income tax return.  In essence, this allows taxpayers to substitute charitable gifts for income tax payments.

Taxes and creativity have long shared a productive history and this effort is no exception. While this attempt to circumvent the new federal tax law may seem like an effort doomed to fail, New York recently passed such legislation and other states are aggressively pursuing a similar option.  Passing the new law is one thing, but it’s likely the IRS will contest this effort and litigation in court seems inevitable.

Major tax reform is not simple and when done this quickly, there are bound to be issues that pop up. The 2017 Tax Act is really the start, not the end, of implementing broader reforms that will resonate throughout the entire country, every state, and every household.  But where there is volatility there is opportunity. Just like stock market volatility can present compelling opportunities to buy and sell investments, tax volatility over the coming years will likely present compelling opportunities to restructure your tax profile to possibly improve your current tax situation.

All of the turnover is bound to be a bit confusing, even for the experts, so be sure that you’re working with your financial advisor and tax specialists to stay up to date new opportunities. If you are planning to meet with a planning professional to discuss how volatile tax laws will impact your future, consider and discuss the following questions:

This article was originally published on Kiplinger.com. 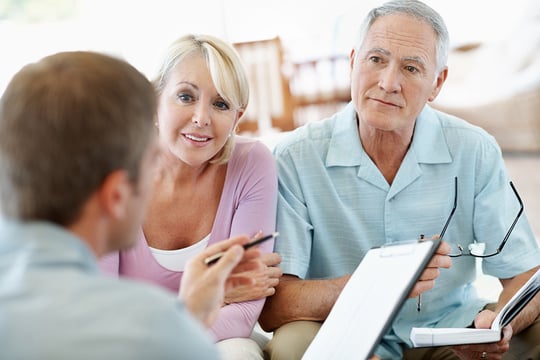 What Is a GRAT—And What Are Its Benefits for Estate Planning?
10/15/2020 8 min read
For wealthy individuals, estate planning can be one of the most taxing (pun intended) and frustrating parts of creating a comprehensive financial plan. You worked hard to... 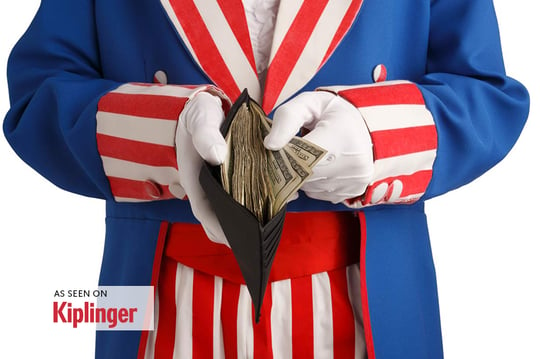 3 Retirement Tax Mistakes You Can't Afford to Make
10/09/2020 7 min read
It’s easy to assume that financial choices boil down to one’s preferences. While personal preferences, goals and priorities should drive most financial decisions, they...
Read Article